Brahm’s back to her best 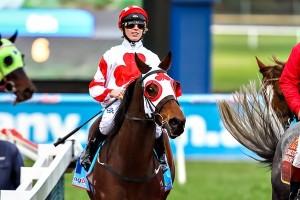 At the juicy odds of $51, Brahm’s Prospector was back in the winners stall this afternoon at Geelong.

The daughter of Volitant was perfectly ridden by 3 kilo claiming apprentice in Liam Riordan who took the mare to the lead on the point of the corner and held off all challengers to score a gutsy victory.

It’s safe to say that Brahm’s Prospector had been out of form of late but with the addition of blinkers she found her best form which suggests she can find the winners stall once again in the near future.

Congratulations to Tiz Murray and all the owners of BP and it was a nice surprise for co trainers in Mitch Beer and Max Hinton.