Gwen and the girls salute!!! 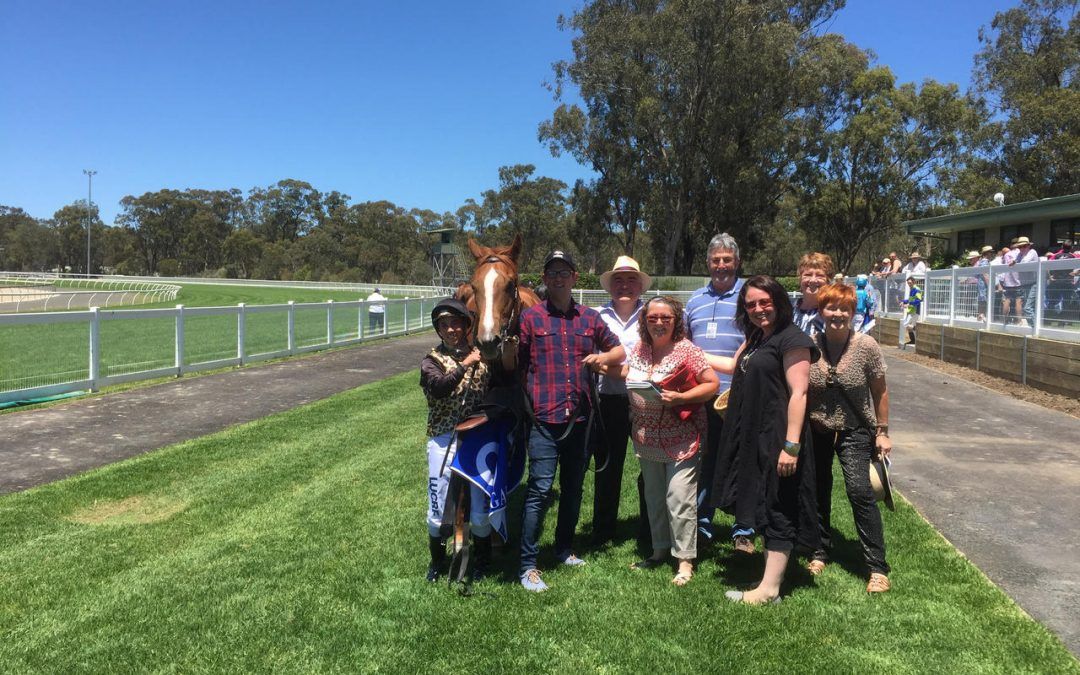 Having only her third race start and her second for MBH Racing, Gwenneth at the ripe old odds of $101 saluted in the opening race at Seymour this afternoon.

The daughter of Reward For Effort bucked at her previous start at Benalla getting beaten some 56 lengths and was the rank outsider in the 1000m maiden but fought her way to victory in great style winning by a nose.

Ridden by Dean Holland, Gwenneth was driven to the front under instructions from co trainer Mitch Beer and had a great battle down the straight when the heavily backed Midnight Ruby refused to give in on the rails.

No one was certain on the line who had won but when the number 9 went up in the frame you could here a huge cheer from the winning owners (all the girls!!!) and we new Gwenneth had scored.

A huge congratulations to Steph Grentall and her mum Lyn who bred the filly and it was great to see Lyn collect the trophy and say a few words in front of the big crowd at Seymour.

Well done also to Mitch Beer and Max Hinton who turned the filly around from the Benalla defeat to victory.

It was great to see many of the owners in attendance this afternoon and the smiles on their faces and sheer delight shows what racing is all about.