Lock and Mott do it again!! 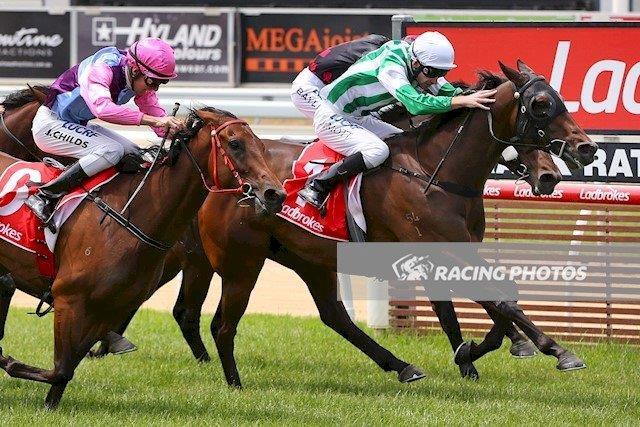 It was a case of horses for course and more to the point, jockeys for horses when Lock And Load took out the second event on the card at Mornington this afternoon.

Lock And Load has always been a horse who has shown above average ability but at times has been a hard horse to both ride and train.

With the perseverance of both Mitch Beer and Max Hinton and now through into the mix Jamie Mott, Lock And Load is starting to race to his full potential and has put together two wins on end with today’s victory being at metropolitan level, the first in his career.

Again Mott took Lock And Load to the lead at the point of the corner, gave him one around the back side and then just rode him hands and heels to the line scoring in a tight finish.

Lock And Load is now destined for Malaysia and will leave in mid January to finish his racing career.

Congratulations to the owners of Lock And Load, the D’Great Racing Syndicate who are now building quite a team with MBH Racing.

Speaking of MBH Racing they have now won 6 races with their last 13 runners and have certainly ended 2016 on a high!