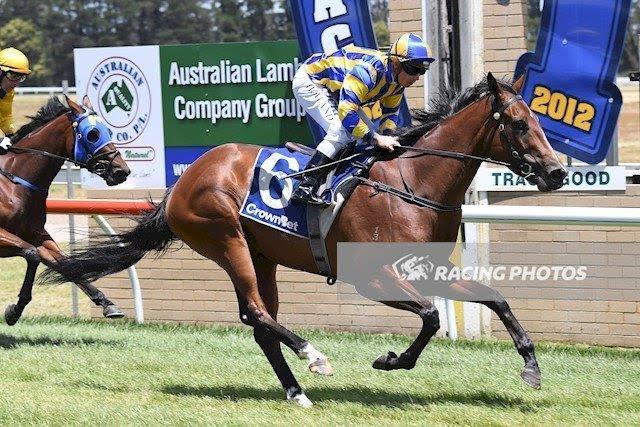 Having her first start for MBH Racing after recently being transferred from the Brain Cox yard, Go Gracey showed them a clean pair of heels this afternoon at Colac taking out the second race in easy fashion.

The daughter of Bel Esprit never looked in doubt when taking up an early position under Dean Holland and quickly reached the lead at the top of the straight and was eased down on the line with her ears pricked to score impressively.

It was the second winner in a week for Clanbrooke Racing who have been huge supporters of MBH over the past 12 months and it’s great to see the winning results are now coming through in quick fashion.

Also a big thank you to Brian Cox who previously trained the filly and put a lot of hard work into her as she has been a ‘problem child’ and Brian persevered with her through thick and thin.

Go Gracey certainly looks to have a bright future and as we know Bel Esprit’s just keep on winning.