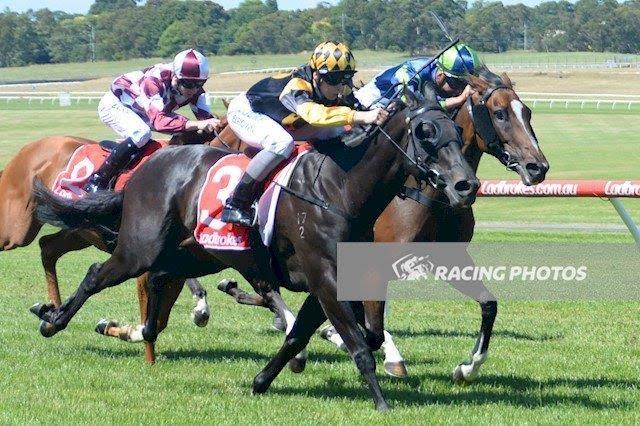 Well it’s been just a tick over 12 months since Jacqui’s Joy has saluted the judge but the mare was back in the winners stall this afternoon in grand order at Sandown.

This time last year Jacqui’s Joy had put 3 wins on end and ended running in the Group 1 Australasian Oaks at Morphettville in the April.

This time in work both Mitch Beer and Max Hinton have ‘tinkered’ with her work via leading her off the pony and doing plenty of swimming with her which seems to have done the trick with the added bonus of blinkers.

Jacqui’s Joy had always shown the stable above average ability and it was great to see her salute the judge under the guidance of promising apprentice in Ethan Brown.

It was actually Brown’s first metropolitan winner so he will always remember Jacqui’s Joy with fond memories.

Congratulations to the owners in Frank Costanza and partners who would have thoroughly enjoyed tasting victory once again.

Let’s hope it’s another run of wins for Jacqui!!!