Flight Of Angels..A Wing On Every Foot! 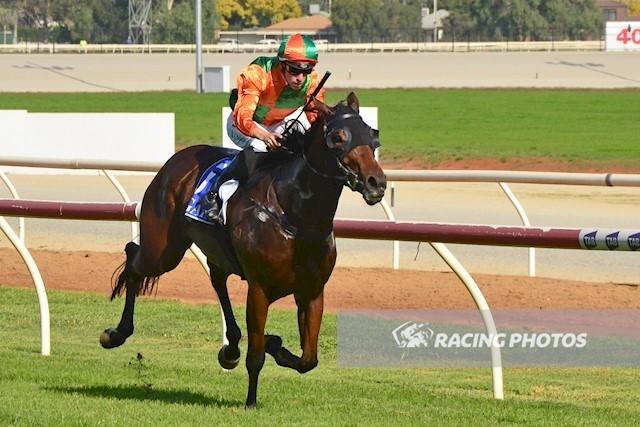 The speedy Flight Of Angels gave nothing else a chance this afternoon at Swan Hill taking out the Maiden Plate over 975m.

The daughter of Written Tycoon began quickly out of the gates and the under the care of Jordan Childs went straight to the lead and just kept extending her margin to claim victory by a comfortable four lengths.

It was a great result for MBH Racing as they were thrilled with the victory as the mare is owned by Lauriston Farm headed up by loyal client James O’Brien and the team.

Flight OF Angels can certainly go on with it now and at this stage will head to Mornington on the Queens Birthday Monday for a 1000m event worth 40k.

It was nice to see Mitch Beer’s father Les back at the track and taking the strapping honours by leading Flight Of Angels back to scale.