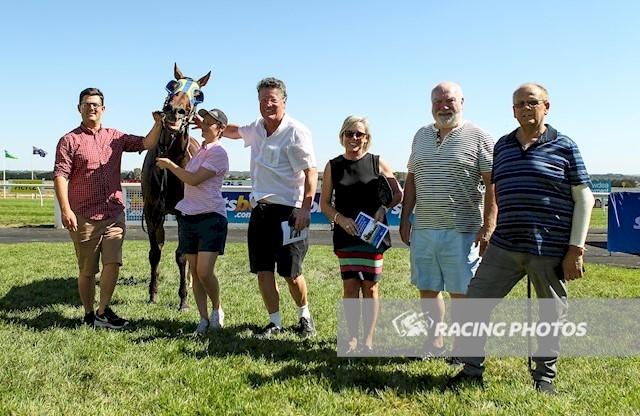 Coming from a near impossible position half way down the straight, Jvala clinched victory in the very last stride at Ballarat this afternoon to make it two career victories in the BM64 1400m event.

The son of Artie Schiller has always shown ability around the tracks and thoroughly deserved the victory this afternoon as he had been runner up on two occasions from his past three outings.

Jvala was patiently ridden by stable jockey Jake Noonan and only claimed victory right on the line when poking his head out to beat the Robbie Griffiths trained Notable Choice.

It was a great result for Mitch Beer Racing as this was Mitch’s first victory as a sole trainer, which commenced only on February 1.

Congratulations to all of the connections of Jvala which is headed up by Clanbrooke Racing and many part owners that have been loyal clients to the stables since day dot.

Let’s hope the luck can continue tomorrow afternoon where Dreams Of Paris heads to Sandown in Race 4 at 5.30pm.

Well Done to all at Mitch Beer Racing!