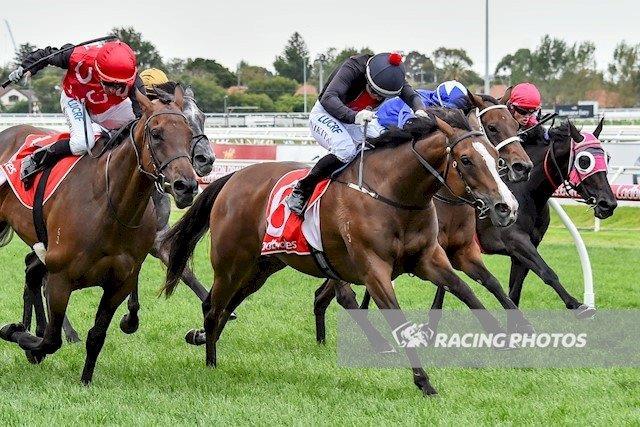 Mitch Beer Racing has got off to a flying start from it’s beginning on February 1 with the bonny mare Dreams Of Paris saluting at Caulfield yesterday afternoon.

The ever consistent mare thoroughly deserved the victory as she was a close second only two weeks ago at Sandown and under the guidance of the in form Nikita Beriman, Dreams Of Paris staged off all challengers in the straight to clinch victory narrowly.

What made the win even stronger was that Dreams Of Paris sat three wide for the entire trip without cover and just kept fighting to the line.

The daughter of Dream Ahead will now head to the Group Three Matron Stakes for mares over 1600m on Super Saturday at Flemington (March 10) worth 150K.

Congratulations to all of the connections of Dreams Of Paris headed up by Michael Irvine and Courtney Howell.

Please head to the link below for further information on both horses or contact Mitch Beer or Brent Crawford direct.

We also have a lovely two year old in full work by Fighting Sun from Quid Pro Quo who is only two weeks off having a jump out and worked strongly this morning at Mornington with Ryan Hinton in the saddle who was most impressed with the work.

In his first season at the track, Fighting Sun has already had three winners from only nine runners and a Group place getter in New Zealand.

Further information on this fellow is also on our website and social media and through Clanbrooke who are syndicating the horse.

Three runners to watch out for this weekend for Mitch Beer Racing is What A Hoot at Yarra Valley on Saturday in Race 7 and Sunday at Ballarat with Calais View in Race 4 and Sherpa Trail in Race 5.

All horses looks to have nice each way chances and with the way the Mitch Beer trained horses are going at the moment, you are assured they will be right around the money.

Good luck to everyone over the weekend and Happy Punting!!!