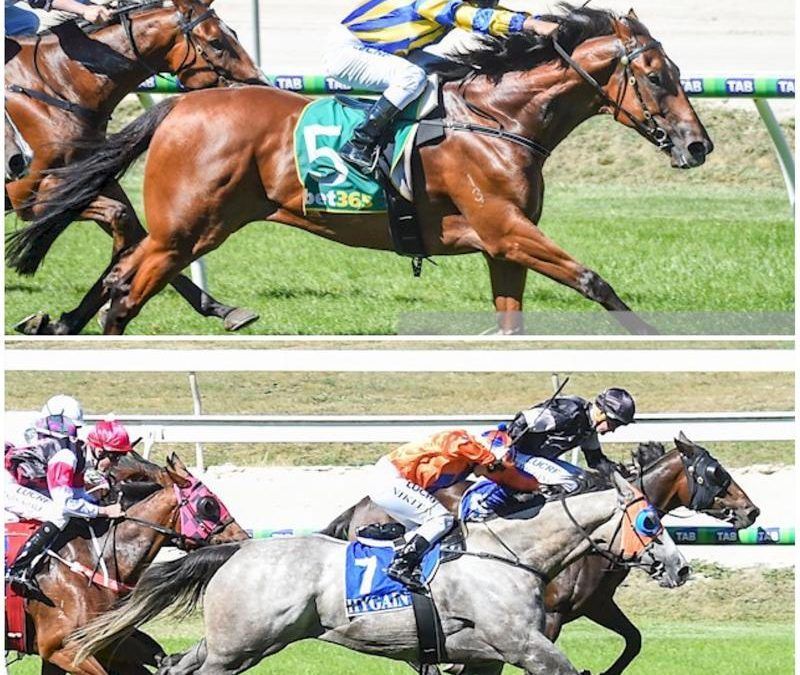 As all of you would be aware Mitch Beer Racing was launched on the 1st February 2018 and we have had instant success over the past six weeks with four winners (one at Caulfield) and a further four placing from a handful of runners.

Last Wednesday was certainly a day out at Kyneton where MBR trained the last two winners on the card with Sherpa Trail and What A Hoot respectively.

Sherpa Trail owned by our very loyal clients in Clanbrooke Racing headed up by Dean Humphries, was back in the winners stall and now looks in for a strong autumn campaign.

Sherpa Trail has always shown above average ability and under the guidance of Ryan Maloney was far too strong for his rivals and can certainly be winning again in the very near future.

It was great to see the ghostly grey What A Hoot hit the line first in the last race on the programme as his owner Christine Croughan has been with the stables for 18 months now and that was her first winner with us and it was cheers all round for the happy owner.

What A Hoot was previously trained by Leon Corstens and has been placed on numerous occasions with Mitch Beer and it was nice to see the old fellow break through.

Thanks also to Nikita Beriman for a top ride who also piloted Dreams Of Paris to victory at Caulfield just on three weeks ago for the stable.

We were nice and active at the recent Tasmanian Magic Millions Yearling Sale where we purchased;

There is a huge update on the Tough Speed’s colt page as his full brother, Tiesto won the Listed $150,000 Gold Sovereign Stakes for two year olds on Launceston Cup Day just two weeks ago.

The Written Tycoon filly is by the hottest sire in Australia at the moment ands is from the Listed Flemington city winner in Honey Flower.

Both horses are filling fast with only 50% in the colt and 30% in the filly still available for shares.

For further pricing and to enquire in regard to a 5% or 10% share please call either Mitch Beer or Brent Crawford direct to discuss.

In closing we have a stunning two year old filly by Stratum we bought from last years Melbourne Premier Yearling Sale with limited shares still available.

This has only come up recently as the final 20% sold in the filly feel through so anyone looking to have a runner in the up coming months, this is your girl!

She is back in training now and has certainly showed us ability.

There is plenty happening at Mitch Beer Racing at the moment and we look forward to seeing on the 8th April or find us on facebook or twitter, or simply email us or call direct.