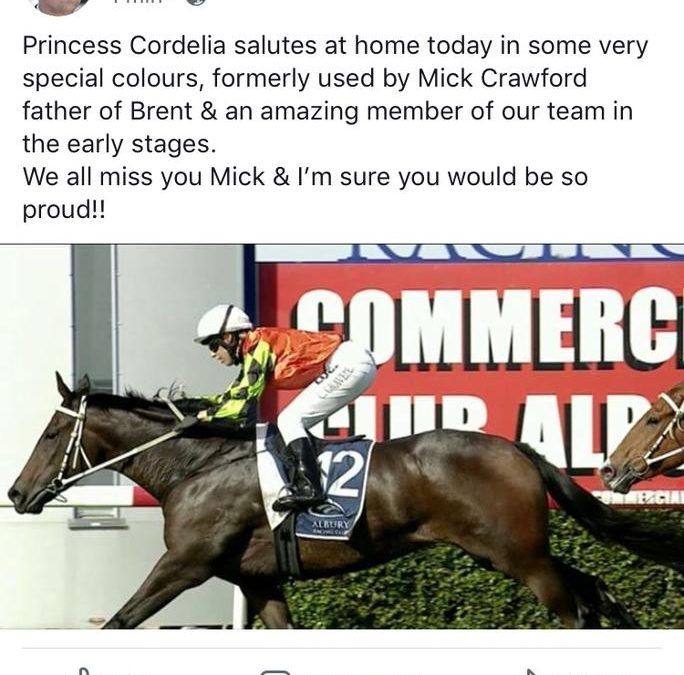 Raced in the former colours of top 80’s and 90’s Caulfield trainer in Mick Crawford.

Princess was syndicated and raced by Brent Crawford (Mick’s son), daughter Kellie Matthews and all their great mates!!!!

Don’t forget its our owners morning this Saturday 4th May, (invite attached)