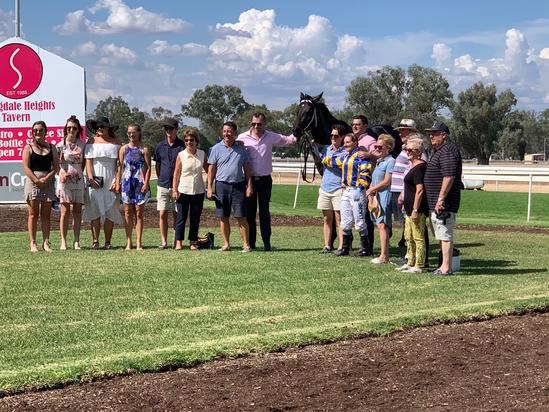 What a fantastic month for Mitch Beer Racing during the period of March with the stable having 18 runners with 6 of those saluting the judge and a further 7 placings.

That now makes it 26 for the season with plenty of more winners in stall for the rest of the season.

As you would be aware the Albury Gold Cup was abandoned on March 22 due to the state of the track and from what we have been told through Racing NSW the meeting will not be rescheduled this season.

In saying that Racing NSW have given us a meeting on April 18 (Good Friday Eve) where every race is worth 30K and we will have numerous runners.