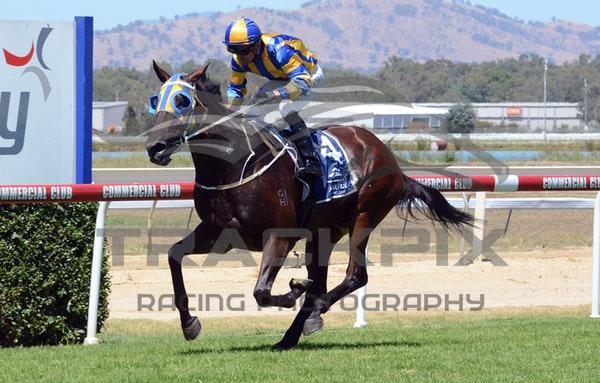 As reported earlier Logan River started the month of Fabulous February off to a grand start for Mitch Beer Racing on the 2nd Feb at Sapphire Coast and the winners just kept rolling in with a total of five for the month.

Shinskei hit the winners stall quickly at Wagga on the 14th at only his second run back from a spell and looks in for a strong preparation and a horse with a lovely staying future.

It was great to see So Magnifique break his maiden status at Benalla on the 22nd and the son of Magnus gave nothing else a chance winning by four lengths with Jake Noonan in the saddle.

One day later and back on our home track the very promising Vin Du Jour simply toyed with her rivals in the 1175m maiden and will now be set for the Albury Guineas over 1400m on Cup Day.

The newly acquired A Thousand Degrees ran away with the 1000m maiden well in his keeping and the former Tony McEvoy trained galloper looks to have a bright future on the border.

The move from Mitch Beer Racing from Mornington to Albury has been nothing short of fantastic and let’s hope March (Cup month) is only bigger and better!!